Home /
Warning: Use of undefined constant multiple - assumed 'multiple' (this will throw an Error in a future version of PHP) in /home/lornahec/public_html/wp-content/themes/minamaze/admin/main/options/00.theme-setup.php on line 95
Couples • Infidelity • Marriage • Relationships • Therapy / 2 Universal Truths about Affai ...

Everyone knows it’s wrong to cheat when they’re in a in a relationship. 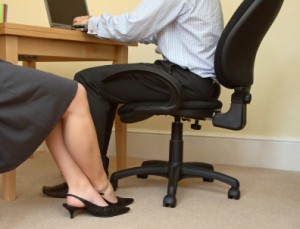 Is your relationship at risk because of too much emotional distance at home?

Yet despite the predictable terrible consequences, infidelity has always been, and probably always will be, part of the relationship landscape. The question is, why? In my last blog post I exposed some common myths about affairs. Now it’s time for the truth.

Truth #1:  There is undoubtedly an evolutionary advantage to having offspring with multiple partners. Primates and other mammals often live in “harems” of multiple females led by one dominant male.  Males compete for control of the harem. The dominant male gets to mate with all the available females while the lesser ranking males are lucky if they get to sneak off and have an “affair” with a rebellious female (yes, females have affairs too). Otherwise, low ranking males don’t reproduce at all. Of course, even if humans have this tendency in our DNA, we don’t have to act on it.

Truth #2:  Affairs are born out of the relationship process.  The beginning of the relationship is the time when things are easiest for both partners. Both are at their best, and love and attraction come naturally. This “honeymoon phase” lasts longer for some couples than for others.

Tension may be triggered by stressful events external to the relationship, when relationship intensity increases by moving in together or getting married, or because the partners carry a lot of internal anxiety from the outset. At some point, this tension will expand beyond the capacity of the couple to contain it between them.

When tension between any two people gets high enough they respond in predictable, biologically rooted ways:

Emotional distance and relationship triangles are the concepts that explain why people have affairs.  The excuses people give for cheating-boredom, lack of sex, mid-life crisis, etc-are all manifestations of these two relationship processes.

It is important to understand the real cause of affairs so that you can develop the tools to do your part to affair-proof your relationship or, if an affair has already occurred, to heal from it.