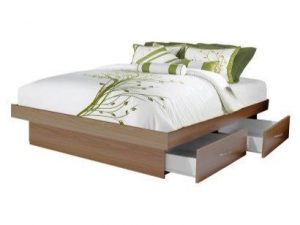 This is a very personal essay.  Full of juicy details about my marriage.  Things I would never want anyone to know, if I didn’t think it would be so helpful to share them.  I just hope my husband agrees. (If not, I’ll deal with that too!)

A few years back we sold the family home and moved into a two-bedroom, two-bathroom apartment. Husband and I were both afraid-very afraid-there wouldn’t be enough personal space in the new, much smaller living area. But that’s not how it’s evolved.

He and I sleep in the master bedroom and use the other bedroom as an office. This office is primarily his domain. His clothes and other belongings are in the office’s walk-in closet, and I use the one located in the bedroom. I have dominion over the bathroom off the master bedroom, and he claims the other one. I don’t bug him about how he keeps his bathroom, (unless company is expected) and he doesn’t bug me about mine.

Hubby and I have different temperature requirements at night. He wants it cool, I want it warm. After bickering over blankets, air-conditioning temperature and fan placement for several years, we’ve successfully negotiated a workable arrangement. At night I fold the top sheet onto his side of the bed, and the comforter onto my side. I can yank the blanket however I want during sleep and he won’t be affected. He keeps a personal fan directed on his face at night.  The cold air never reaches me.

Last example: Our fridge is divvied up by shelf and drawer. Now he doesn’t fret that I’m letting food go bad and I don’t complain about his four (4!) jars of Kosher pickles. (Obviously I still keep count.)

Some readers may be thinking at this point: Where’s the romance? The intimacy?  Isn’t compromise better than this dry, practical approach? Others may justifiably muse: Who cares about this marital minutiae, anyway?

Unique among all psychological theories, Bowen theory describes two distinct life forces; one for individuality and one for togetherness:

The togetherness forces are derived from the universal need for “love,” approval, emotional closeness, and agreement. The individuality force is derived from the drive to be a productive, autonomous individual, as defined by self rather than the dictates of the group…Optimum functioning would be somewhere near a fifty-fifty balance, with neither force overriding the other and the system sufficiently flexible to adapt to change. In an anxiety field, the group moves toward more togetherness…  Bowen, 1978, p. 277

Can you identify a conflict in your relationship that is apparently completely resistant to resolution?

Is it stuck because one or both of you have specific ideas about what a resolution should look like?

Does this resolution involve ideas about how couples are supposed to behave?

Does this resolution mean your partner is the one who needs to change?

What might be the cost of doing things a different way?  Who would support you?  Who would object? Whose opinion is the most important to you?

People naturally crave togetherness, especially when anxious.  But we are also allergic to too much of it because no one wants to feel controlled or overwhelmed by others.  By honoring the part of self that yearns for independence, without the fear of giving anything up to maintain togetherness, one is paradoxically able to maintain more emotional closeness with loved ones.

Separate drawers, bathrooms, and covers allows me to feel closer to my husband.  Our new apartment came with a nice life lesson, no extra charge.  And now you know (almost) all the juicy details about my marriage.